« race and rocky, or i actually went to see creed in the theater | Main | summertime, the political reflections are easy »

from off the counterculture book shelf

In advance of this workshop I have been revisiting “counterculture” both as a general category of phenomenon and as that historically-specific wave in post-WWII United States which in extended form dates roughly from the mid-1950s through the mid-1970s. Now that we are living through the 50th anniversary decade of the 1960s, it is a good time to ask: What does counterculture mean? Where does it reside, if anywhere? And what about the Counterculture—what is a proper perspective that history from the year 2016, as every week seems to bring the death of another figure from those frequently recalled decades?

Revisiting this history led me to read Jack Kerouac’s The Dharma Bums and Dog Soldiers by Robert Stone, two titles from the countercultural lit canon I never read. Taking them consecutively had the effect of marking the beginning and end stages of the period, The Dharma Bums having been published in 1958 and relating stories from the middle Fifties, and Dog Soldiers published in 1974 and set in that time. 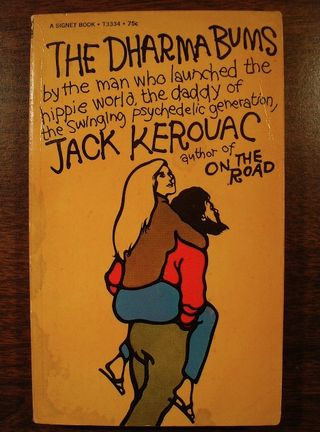 The Dharma Bums fictionalizes the adventures of a protagonist based on the author and his friends in real life. Kerouac captures the travels, personalities, and Buddhist explorations of a set of friends making discoveries against the backdrop of an American society dependent for order on a suffocating quiescence. But outside the narrow social norms of the times, the limits were unknown and the paths to freedom seem laughably available compared to the crowded and surveilled planet of today. Backcountry camping trips were easy treks into solitude, freight-hopping was a method of free transport, and gender politics were largely unarticulated. For white guys, it was a time of freedom. To me at age 47 the language reads as amusing and innocent, the story of young men living in a of fraternity of poets. As in most of Kerouac’s writings, the cast of characters is based on the real people who collectively earned renown as the Beat Generation.

The Dharma Bums features Japhy Ryder, a character sketched from the real guy Gary Snyder. Kerouac’s descriptions of Ryder’s outdoorsy ways read like a pre-history of what is now a billion-dollar outdoor rec industry. Ryder’s campcraft cooking of dehydrated foods are new to narrator Ray Smith, who describes them in a way that makes a reader hungry despite having eaten many a tasteless wilderness meal. In Ryder’s duck down sleeping bag, yab yum exercises, and a score other details, one can see the roots of modern hippie-dom, the “granola” subcultures of love and self-absorbtion that long ago took root in towns like Madison, where I live.

(For people just putting together the worlds of the Beat writers, this is a useful key to Kerouac’s characters. As well, there are many interesting essays and articles out there now about the Beats as seen through the lens of gender, including this one that brings attention to Natalie Jackson, who, along with Elise Cowen, ended up two of the known casualties of a world not ready for them.) 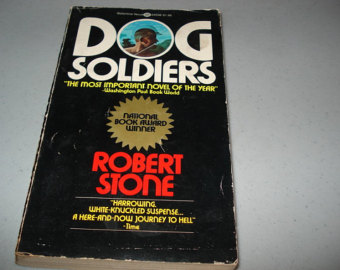 Dog Soldiers presents an entirely different vibe. The adventure related is no spiritual journey but rather a desperation trip fueled by drug duplicity and the opportunism of those countercultural freeks surviving the jaded post-Sixties mood. The story takes place on the downside of the high water mark, in a landscape of burned out, once-idealistic characters—types that Stone knew well from time spent in the Bay Area psychedelic scene of the mid and late Sixties. But here the drugs are numbing opioids, heroin and dilaudid, not happy face marijuana and LSD. In little more than fifteen years the California of Japhy Ryder’s mountain hikes, meditation practice, and cabin parties has turned into the sleazy California world of black market hustlers and amoral perverts, none to be trusted. Ray Hicks, the smuggler on the run, practices no Paramita of Dana; his only concern is offloading a package of heroin for a decent price, a stash that he never paid for.

Unlike in Kerouac’s world, Stone offers up fully sketched women characters in key roles, for example, Marge, a woman on the run with Hicks but chasing her own dragon all the while. Depressingly, the women in the story are about as wasted and desperate as the men. The purity of Ryder’s forests are from a different age; this tale ends with an outlaw run across the desert and a paroxysm of violence, a surrealistically described episode that reads as a fitting end to not only that particular drug deal but maybe the promise of the Counterculture as a whole. So we have on the front end the blissful, worry-free days of The Dharma Bums—the segregated South and Cold War propaganda notwithstanding—and on the far side of the arc, the cyncism and drug-hazed dread of Dog Soldiers, a paranoid hangover of late Nixonian meanness and blown optimism.

Interestingly, a transpacific element shapes the plotlines of both books. For Kerouac, it is the impending departure of Ryder to Japan, a turn in the story based on Gary Snyder winning a fellowship to study there (which led to his living in Japan for ten years). For Stone, it is the opening scenes, where his protagonist Converse, a burned out war journalist-turned-junk smuggler, makes his exit from Vietnam (Stone himself had been a correspondent assigned to report on the war). Considered in this way, both novels read as evidence of countercultural links to East and Southeast Asia—strands of proof that the US was heavily involved in Pacific Rim exchanges of all kinds over most of the twentieth century. Combining sites of an Other attractive to white Americans (zen!) and theaters of imperial overreach and colonial violence under one vast geocultural region called Asia, of course does little to sort out the particulars. And yet, most Asian Americans can trace in their family narratives the too-heavy footprint of the American empire—my family included.

Whether in reference to the Euro-attraction to “Eastern spirituality” or the antiwar analysis regarding the South Vietnamese client state, Asian Americans may have a critical view on the Counterculture’s understanding of things Asian. But Asian Americans must take care—a good number of us (again, my family stands as an example) come from lineages aligned with the reactionary sides of the conflicts that drove our families into diaspora—anti-Communists, particularly. The lack of a political consensus within Asian America and the historical culpability of respective camps creates a complication that raises the stakes. Laying a claim to countercultural legacies precisely because we may have a view of it beginning, as Ronald Takaki might say, from a different shore, seems like an important opening to follow. I am looking for cracks to widen, points from which the contradictions frozen by ideology and historical circumstance might be de-stabilized, through a strategic irreverance of ethnic references and a diasporic tramp philosophy. Let’s see where this goes. 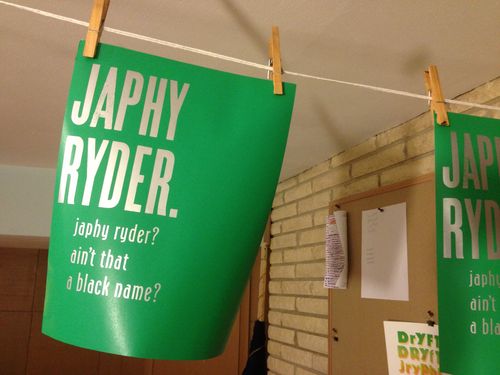