« ferguson to malcolm to madison | Main | the city after today, political art after yesterday »

an oasis unable to grow outside of itself

Historically, the labor and intellectual leadership in and around Madison has made an outsized impact on statewide progressive policy. The density of citizen engagement and public conversation has always been exceptional here. That has not changed. If anything, since the upsurge of 2011 the political climate in this city has settled into a permanent low boil. And yet the Walker regime has continued its systematic dismantling of Wisconsin’s once-vaunted public institutions, largely unimpeded despite the superficial vitality of Wisconsin’s progressive political culture. One could say then, that the rise of the right wing in Wisconsin is at the same time the story of the left’s failure, and particularly the failure of the left as can be observed in Madison.

Two recent public exchanges had me grousing about left political culture, both having aired on Madison’s leftist media lifeline, WORT. The first happened on Allen Ruff’s radio show of May 21 (archived until July 20, 2015), between a caller and his guest for that day, Mary Bottari, of the Center for Media and Democracy. CMD provides detailed information about the conflicts of interest and corrupt ways that have become standard procedure under Republican governors across the country and glaringly under the Scott Walker regime, for example, as chronicled in the CMD investigative project ALECexposed. Ms Bottari is without a doubt one of the best informed watchdog journalists now working. True to her expertise, she rolled out one outrage after another, describing in detail the erosion of good government happening in nearly every direction.

But she herself—and by extension the entire leftist mentality of which she is a vehicle—was exposed by the program’s first caller (@22:30). To paraphrase, the caller professed frustration with all available activist responses thus far, ie marching in protest, helping with the recall election, supporting progressive candidates, educating oneself, etc. Then he added, to the right wing members of his family nothing that Bottari said makes a difference. For them Scott Walker can do no wrong—the charges of corruption, nepotism, plunder, and outright lying, whether true or false, are irrelevant. What matters to them is that Scott Walker stands in contrast and opposition to the “the people like us” they despise, which I took to mean, for one thing, the people who do care about GOP misdeeds. For the provincial, activist right, leftist loathing of Walker is in fact a mark of legitimacy. The caller then addressed a challenge to Bottari: “It’s time for the people who are providing the information to also provide some answers. What does your guest suggest that we should be doing?”

Bottari failed to answer the challenge; she did not even seem to take the caller’s perspective as a serious analysis. Her response was pure liberal boilerplate: let’s keep on witnessing, reporting, and educating—basically saying that is all we can do, that is the best we can do, that is the only thing we can do—as if she had not heard anything the caller had just said. Bottari probably declined to take up the question of cultural divides in her capacity as a CMD staffer for reasons of professionalism. But she at least should have validated the question. Instead of amplifying the caller’s challenge, Mr Ruff more or less let her off the hook, thereby contributing to the evasion. The caller was desperate for something besides more gory detail about how bad things are. The response was at best a missed opportunity and at worst an example of the complacency that runs on the smugness of the well-informed who value political knowledge over political achievement, or else confuse the former for the latter. If the left cannot let go of the presumption that self-evidence of information necessarily produces political achievement, the right will continue to steamroll all who stand in their way. To be perfectly fair, I for one did not expect Bottari to have “the answers.” She is no doubt flummoxed just like the rest of us. Nonetheless, instead of spending precious community airtime detailing the wreckage, the voices of the Wisconsin left need to be in constant strategy session mode, precisely because everything else, including the valorization of information and accuracy as stand-alone strategies, have thus far failed. It is important that figures like Bottari lead that conversation—to begin with, simply by acknowledging that political creativity and experimentation are what we need.

The second complaint-worthy media moment took place on Carousel Bayrd’s May 26 edition of A Public Affair (archived until July 25, 2015). The guest was Harriet Brown, a writer who tackles the subject of female body image and the obsession with weight loss. She is a critic of “fat-shaming,” particularly as delivered by health care professionals, and she questions the received wisdom regarding the “obesity epidemic.” She claims to debunk causal associations between weight gain and a host of maladies, and aims to recontextualize the contemporary weight standard as a problem of obesity rhetoric and distorted science. As Ms Brown went on about how there is no evidence of BMI being linked to various illnesses, I had a couple of negative reactions. The first is that Ms Brown never acknowledged the cultural specificity of the thin body ideal, namely, that it is a racialized ideal. The vast majority of the collective “we” and “us” she repeatedly used in her declarations are, in fact, young white women of higher education and it is to that demographic that her critique pertains. I almost feel that this should not have to be said, because it has been noted in so many places, but Native, African American, and Latina women in general have very different beauty ideal hang ups—skin color, hair, voice, eyes, etc. Weight plays out very differently. While eating disorders affect people of all races and gender, analyzing weight loss in isolation from other body issues tends to erase women of color, for whom weight is but one body issue and often not the most important, and instead speaks primarily to the particular body image battles of young white women.

Further, because she universalizes freely, Ms Brown also glosses over what is an epidemic outside of the US. In fast developing societies such as China and Brazil, and where genetic predispositions are more common than in European bloodlines, the incidence of Type II diabetes is clearly on the upswing at alarming rates. One of her points is that there is no causal relationship between weight gain and diabetes. This may be true; whatever the weight, sugar is the known culprit. But nonetheless, in, say, persons of East Asian genetic make-up (like me!), the risk for adult onset diabetes rises sharply for people of Asian descent at a lower BMI than that corresponding to risk in caucasians. Whether weight gain by itself causes diabetes is not as important as it being clearly an indicator of risk; not unexpectedly, reducing weight reduces risk. Moreover, higher caloric intake is also known to be a contributing factor, irrespective of exact sugar consumption. These patterns are provable to the extent that at the level of populations, the trends can be predicted—societies that move to American standards of caloric intake can expect to see a rise in adult onset diabetes. Because that is what happens. To invalidate these realities is plain irresponsible. And I called into the show and said so (@46:30). My points weren’t taken well by either the guest or the host. 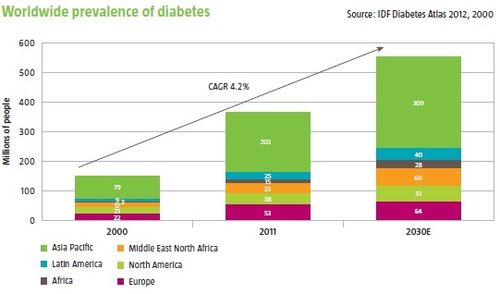 The bigger mistake, of which Brown’s arguments are only one example among many, is the tendency of ostensibly progressive social critics to accept the framing of myriad problems as individualized experiences. In this case, she identifies fat-shaming as a problem, ie the messaging that emanates from physicians and other health professionals, as well as social peers, directed at people considered overweight, often patients or people in otherwise vulnerable positions. The shaming implicitly or explicitly attaches a moral failure to a person’s inability to control weight. By this dynamic, fat people are assumed to be weak, unreliable, lazy, etc. Of course the moral angle is a fallacy. But Brown makes the wrong counterattack by accepting that weight control is a matter of individual management, and that the solution is to advocate for a no-standards ethic. Rather than dispensing with the shaming, she merely turns the tables; health care workers are the guilty ones—guilty of attaching health concerns to body weight, which in her world have no association. She fights finger-wagging with finger-wagging.

Besides some passing mention of media and advertising, Brown failed to address anything structural or economic, not even obvious widespread problems like junk food being sold in schools to offset decreased funding. Or the basic industrial reality of processed foods being manufactured for such a low shelf price as to render healthy fresh foods unaffordable by comparison. Or the general observation that there are whole economic sectors invested, directly or indirectly, in making and keeping people overweight. Instead, Brown’s blindspot opens her for uncritically legitimating the neoliberal solution to all social inequities: diversity and inclusion. By privileging the pain, triumph, and acceptance of the individual as the site of struggle, above collective, cultural, or structural fronts, Brown re-inscribes a genuinely resistant impulse with the instrumentalized flexibility demanded by global capital, ie a bundle of interests all-too pleased to redefine “fat” ever upwards.

Even the dissection of leftist failure in Madison is a failure. It is like shooting hot air balloons but then not knowing where they land. There can be no follow-up and no debate because A) the unvarnished information, or B) the pain of the individual, is so compelling as to preclude any self-location of argument. The valorizations of these two factors are deep-rooted, tendencies that can be traced back to the philosophical underpinnings, now two or three hundred years old, of rationalism and individual rights as the pathways to social order. A generation’s worth of collective effort built the alt-infrastructure from which Madison residents now benefit, including WORT itself. Such projects took a leap of imagination, of dreaming the possible, beginning with adopting priorities outside of those prescribed in the given pathways. At larger scale, the progressive social and environmental policies that originated in Madison and became models for the state and the country were founded on some germ of imagination. If only today's left could amplify that creativity, rather than retread the inherited frames.