“The company town, that is the next logical step.”

Said an old friend of mine in between chomps of his mixed seafood salad—bosses’ fare for a man expressing discontent from the point of view of labor. Such is life in the Political Age of the 99%. Even the well-fed are fed up. We were sitting at the counter of the Tadich Grill early on a Friday night in early June, in San Francisco’s financial district. This was a treat for me—the food, the city, and now getting to hear a first hand report from a pal who works deep within a major tech player. For him the treat was for the first time in months leaving work for a dinner engagement before eight o’clock. He had bolted the office at five o’clock not just to work around my evening departure flight, but because he had already resigned himself to going in the next day, Saturday, and most likely some on Sunday for good measure.

When I asked if he was always that swamped with work, he basically offered that he was swamped with evaluations. No annual performance evaluations in fast-moving Silicon Valley—no, those old-fashioned ways are for east coast brokerage firms and midwestern insurance companies. In an application of many a start-up guru’s wisdom, this internet behemoth (long beyond its legendary start-up days) subjected its many hundreds of heavy-lifting engineers to the pressure of the quarterly evaluation. At his salary level and with his skills, my friend learned to be paranoid constantly, to assume that any negatives on an evaluation would open the door for a younger, cheaper, and more recently graduated worker to be brought in. He’d been there for three years and it is time to move up or move on, else face stagnation, which in his field means a sour fate indeed: contract work for life.

What about the work itself? To see your brainpower and problem-solving going into web architecture relied on by hundreds of thousands people all around the world, that must be satisfying, no? No. First of all, his team’s assignments come down from above, which means that his input on the strategic level is very limited. When the assignments come, they come with pressure—everything needs to be done yesterday. But the assignments are cancelled and completely reformulated with equally short notice. Imagine sprinting for a finish line as hard as you can in one direction, all the while knowing that the race may be halted at any time, and that the whole team will be redirected toward a completely different finish line and expected to sprint toward it with no break. Second, this breakneck pace and unceasing work, backed by the pressure of quarterly reviews in which upper management grades on a curve, ie no matter one’s empirical performance, half the team is reviewed negatively—what is it all for? For this particular web-empire’s sports news portal. Can you say, Who the fuck cares?

Before he goes into his serious venting, my pal hands me a selection of varietal chocolates courtesy of the company. 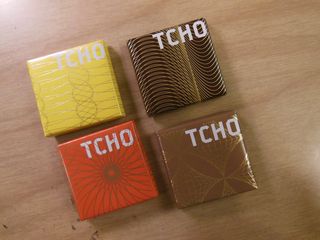 This is his summary of the conditions there—a beautiful campus, free high-quality, mostly organic breakfast, lunch, and dinner, free big-name weekly entertainment (bands, authors, up-close celebrity appearances), yoga and premium workout facilities, and little treats thrown at them all the time, like these chocolates, which ironically advertise themselves as being free of slave labor. 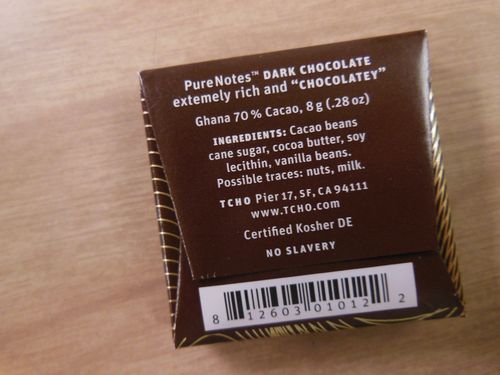 Why even go home when the goodies are at work? Oh, to sleep, change clothes, and check the junk mail. Sleeping pods are the next amenity, if the Valley ever runs out of single twenty-somethings with CS degrees who don’t mind pulling all-nighters. My friend is wrong. It’s not the company town, it’s the company life.

“You see, Madison is a company town.”

Those are the words of our local radical historian Allen Ruff, spoken at the Fighting Forward session on the Aftermath of the Wisconsin Uprising. He was speaking of the University as “the company” and he is correct. Like the company towns that dotted the Rust Belt in its industrial heydey, Madison is also home to many spin-offs, suppliers, and copycats of the main company. The business of the University is research and education. The spin-offs are the start-ups and tech companies, the creative industries, the hospitals and clinics, and the whole range of knowledge-work institutions that call Dane County their home. The support industries include the coffeeshops, the 24-hour gyms, and the locavore restaurants. The sizable body of non-UW state employees who reside in Madison also fall into the category of workers in related industries.

Like the company towns of a generation ago, this town’s company is under growing pressure from new forces of competition, internal decay, and the rigidity of its fixed investments. The superficial trend is toward a company that does more with less, an abstraction of efficiency that tells nothing of the real costs of the University’s responses to the pressure it receives. Those responses include the generation-long trend of steep tuition increases—a development that shuts out academically qualified would-be students and practically indentures others—and the making of a precarious body of workers, first among them the graduate students who teach many of the courses and almost all of the discussion sections. Moreover, a small but increasing number of slots once offered to Wisconsinites and other Americans are now being taken by the cash-paying wealthy from around the world, especially China.

The unfolding crisis is most apparent in the secondary institutions, the ones that suffer some variety of the same ills but surf on far less accumulated fat and prestige than does the University. And as in Janesville, Saginaw, Benton Harbor, or any other twentieth-century company town, here the gap between decay and reterritorialization is wide enough to accommodate the establishment of a substantial class of human beings, what Ruff calls (quoting Chomsky) the superfluous population, that is, people who are neither consumers nor producers. For them, another industry serves, employing guards, police, surveillance hardware, probation officers, and social workers.

Near the end of the session a fellow in the audience, one of only two (from what I could see) persons of color in the room, asked a question about the achievement gap in Madison. He posed it as a query concerning the connection between race-correlated high school achievement in Madison and, as he said, the University’s annual “importation” into the city of thousands of white students. In attempting to make sense of his own words, the man mentioned the factoid of Madison’s achievement gap being most wide at the upper income levels, thereby implying that controlled for income, racism stands as the most plausible explanation of the operating gap between black and white students. Then he called attention to our segregated geographies, citing Owl Creek as an example of the spatial margins of race in Madison. Calling attention to racism in the context of a political discussion of the Uprising through highlighting the specific marginalizations suffered by black and brown people in our city was a welcome intervention, though his synthesis remained incomplete.

In response and as a closing remark Allen spoke of the color line, of its primacy as a line of separation keeping the full power of the left from being realized. The simplicity of the statement only hints at the complexities for of course there has always been more than a single, static color line, and color lines stretch unevenly across geographical space. Allen himself applied a spatialized racial analysis in the post-recall analysis he wrote for The Progressive. He convincingly argued then that Scott Walker and the WI GOP leadership forged a winning statewide coalition by successfully bridging the divide between rich and poor, suburban and rural, through appeals to a white electorate.

How to apply this analysis to progressive, enlightened Madison is the question. Thinking of the University as a company that, like all dominant employers, manages its labor in accordance with the interests of the institution (whether for-profit or not) may be helpful. Though not capitalist by nature, for the last decade at least the University has been turned strongly toward a corporate and privatized agenda, and now largely defines and negotiates its interests in reaction to an aggressively anti-intellectual, anti-educational conservative regime. Given that, and the consequent rollback of the University’s once active redistributive agenda, what is the connection between the University and the worsening racial/spatial politics of Madison?

It is a little over a month later and I am back in the Bay Area. My, how four weeks can change everything.

My plane touched down only a couple hundred yards from the burned out hulk of Asiana Airlines flight 214. I could see the investigators on the ground studying the wreckage.

A broad contingent of inmates in California prisons are on hunger strike.

BART workers are observing a shakey truce with management but may strike again at any time.

And my friend? He indeed has moved on. Interview and negotiation turned into an offer; he is about take to the treadmill at yet another Silicon Valley pioneer-turned-corporate-giant, by my count his sixth company in a career fourteen years old. I'm crashing at his Palo Alto pad while he's out east visiting family. His vacations only come between jobs–the companies take the rest.