Mess Hall is ending its run.

Alan Goldberg, the Rogers Park landlord with the exploratory sensibility who made available to Mess Hall its storefront space and economic freedom, is going in a different direction with the space. True to form, along with what might be happening at Mess Hall on an average month (such as the report on antifascist work in Greece, where the Golden Dawn party has been gaining strength, delivered by a touring Greek activist–that's happening tonight, March 1), Mess Hall is offering a series of discussions and events in response to its own end.

Over the days that I received news of Mess Hall’s imminent closure I had been reading Jelena Stojanovic’s article “Internationaleries,” her short account of the continental post-war collectivism of radical artists. Mess Hall counts those histories as part of its lineage, but being reminded that groups of sprawling influence and eventual legend  often lasted much less long helps to put the ten years of Mess Hall into perspective. For example, Stojanovic’s text reminded me that the Lettrist International was active only from 1952-1957. People went on to work in other configurations, but as a body the LI only went for five or six years. As an experiment of its kind—shoestring, horizontal, volunteer, resolutely independent, radical in orientation—Mess Hall’s decade is an achievement in endurance.

Obviously, compared to the lived time of the 1950s, the experience of time is much different now. Maybe five or six years then are the weirdly equivalent of ten now. The factors of distractions, mobility, instant and constant communication, life expectancy, and digitalization all have intensified, resulting in an ever more frequent oscillation between living in hyper-speed and hyper-inertia, back and forth between a brain overwhelmed with tasks and information to a body standing still with mental gears abruptly switched. The comparatively continuous ennui of twentieth-century life, the fat target of Situationist critique, has been superseded by the stop and go of everyday confusion in the last decade and a half. Mess Hall, which by its six-month anniversary had settled into the dormancy of a closed shop alternating with the liveliest of temporary inhabitations, was not entirely immune to the schizo-velocity of the neoliberal city. But from its beginning Mess Hall traveled the timelines according to a rhythm of its own making, self-liberated from career concerns and freed from the monthly deadlines of a standard lease. Ten years is a long grace period.

Mess Hall always was a kind of resistance against the mandatory scheduling of professionalized art activity. 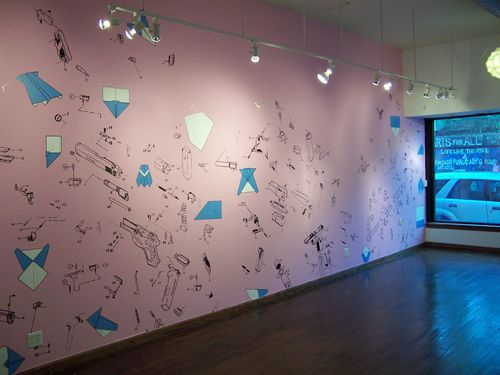 Over any given stretch of months, the calendar would be overlaid with serial meetings, day or weekend-long projects, semi-permanent experiments, and a sprinkling of one-off events, and all without much discernable regularity, plus the constant exercise of the most basic of freedoms, the freedom to do nothing. Going to Mess Hall blindly was nearly a guarantee that one would find a locked door and darkened space, but wandering in while an event was going on without pre-knowledge was just as certain to produce wonder, delight, lasting memories, and more than a few collaborations. For frequent passersby Mess Hall must have seemed strangely out of step with the rest of the working world—mostly dark and quiet, but then suddenly animated, doing an open/closed stutter step for years on end. Ten years seems like the proper duration for making such a statement about uncompromised time management and scheduling.

The origins of Mess Hall have been recounted in different places. The struggles within Mess Hall have been less well documented (or not at all), but from the inside those are some of the moments I remember most clearly. In my time as a keyholder the main points of contention centered around philosophies of money and non-commercialism, but questions of racial justice, authorship and credit, and individual keyholder responsibility also came into the picture from time to time. Later keyholder groups grappled with tensions similarly. As they always do within small groups, personalities informed the fault lines. 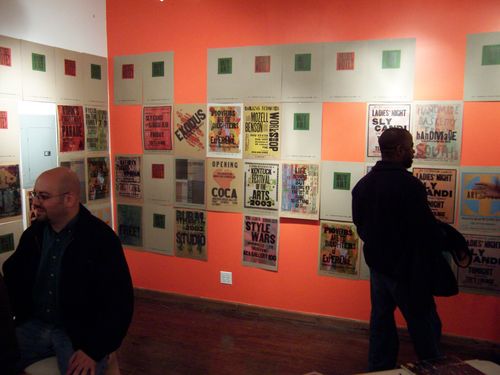 Unlike the rigid purism of far too many politicized groups, Mess Hall keyholders could never argue their points from positions of certitude. The days of such power plays and bullying, I think we all had to acknowledge, were long over. That is not to say that feelings weren’t hurt, or that divergences in otherwise promising relationships didn’t result. Both happened, but the strength of intra-keyholder relationships that accumulated over the same course of struggle considerably out-weighed whatever fraying there was.

An extreme negative-positive ledger could also have been applied to the many Friends of Mess Hall. For every obnoxious drunk hanger-on, for every Soren Renner looking to make intellectual provocation, there were twenty regular positive contributors who took ownership, sometimes even keyholders but for holding a key, and who spread the message of Mess Hall far and wide.

I don’t know where the spirit of Mess Hall goes now, whether and how it manifests in a different place or time. I don’t know what the keyholders are thinking, if they feel that there is some unfinished business, or what is the internal strength of the final keyholder group. Like Mess Hall itself, I suppose, the legacy will be determined by the people who make use of its lessons and history, and those are available to whomever is ready put in the labor. I am sure I am not the only one looking forward to seeing who that will be, and what they will do.

Above photos, starting with top:

If you are in Chicago this coming weekend, March 2, please join for one of the final and what looks to be another amazing Mess Hall event:

The second workshop in the final series focuses on cooperatives as practical and political experiments in creating shared resources and shared ownership. Guest presenters will give concise presentations on different co-op types; these presentations will serve as a basis for imagining other possibilities. Can we envision the proliferation of cooperatively-owned social/cultural spaces? OR what could community-owned counter-institutions look like? How do non-commercial or experimental spaces/projects actually work? How do they sustain themselves? From organizational forms to the dirty nuts and bolts of resources and logistics, what are some of the practical lessons learned from experiments in counter- institutions and alternative economies?

Nicolas Lampert will present on the Justseeds Artists' Cooperative - how a decentralized collective of 25 artists from various cities across North America run a worker-owned print collective and how we sustain ourselves and contribute art to movements.

Sara Black will present on Backstory Cafe and Social Center in Hyde Park/Woodlawn.

Michael Carriere will present on a new experimental art space - ReciproCity - that is housed inside the Sweetwater Urban Farm in Milwaukee.