I am just returned from a very short trip to Los Angeles. The excuse for the trip was having the chance to present a paper about The Journey West at the College Art Association’s annual conference. In the weeks leading up to the trip I found myself in conversations with art friends that went one of two ways. Either they would say, “Are you going to CAA? Let’s get together.” Or else it would be something along the lines of “I can’t believe all these people go to CAA. It is so lame.”

I have never fully understood the gripes about CAA. It is true that CAA excludes participation because of its registration fees, and that the format is not very imaginative. But what do people expect? The conference for any professional organization costs a lot to stage, and CAA's registration fees are much more affordable than that of organizations in many other fields. And while colleges and universities range from semi-accessible to elite and exclusive, they are not exactly the same as corporations or government institutions. They are knowledge and education factories, and as such offer a space for protected intellectual activity on a limited but real and substantive basis. As a vehicle for serious discourse and the sharing of ideas, I find CAA much more palatable than, say, the add-on symposia or discussion events that seem to be attaching themselves to all the commercial art fairs.

I have been to CAA eight times. Some of my friends think that is a lot. I first started going because for about three years after I finished my degree program, I had no functional intellectual community. I would save for the trip and that would be my big travel expenditure for the year. From the beginning I always worked in visits to family and friends, too. The conference alone was never enough to fully justify a trip, especially without free couches to sleep on.

Then I found my community of artists and researchers. I stopped going to CAA for about five or six years, except for once when I had a chance to present for the first time (and visit a friend I had not seen in years). Then I attended again in 2011, playing the role of editor and coordinator of the annual newsletter of the Radical Art Caucus, for the first of two years. I have gotten something out of RAC and CAA. I figured it was time to give back, in a capacity appropriately minor to my life as an adjunct professor.

This year I was at the conference for only a couple of hours besides the time of our presentation, plus a little time for shopping at the conference book fair afterward. My Columbia College colleague Annika Marie gave a great lecture on Ad Reinhardt’s cartoons. Our session was organized incredibly well by fellow Madisonite Laurie Beth Clark, we received good feedback, and the whole presentation exercise was valuable in advancing our understanding of The Journey West. A highlight of the conference was seeing the work of my Madison brothers, Lewis Koch and Patrick JB Flynn on display. Lewis’s book marked down to a clearance price. 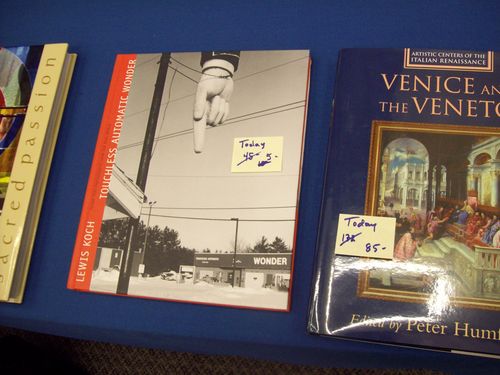 Yup, that is cheap. I left it for somebody else; I already have a copy. Patrick got the design gig for the new Baffler. Very sweet to see it being pushed. 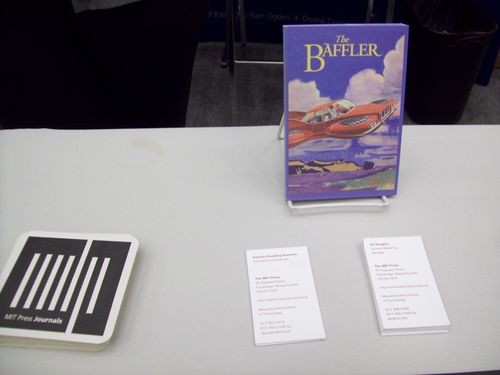 I got the newsletter put together, this time with a poem by mrcc resident poet Matthias Regan as the featured art content. But I did not even have a chance to see the hard copies in action at the conference.

So that was CAA.

More interesting was speaking about the Wisconsin Uprising on Friday night at the Public School in Chinatown. The attendance was almost as good as that for our CAA session (about eighteen), but in a much better space with a non-academic audience. As an autonomous educational entity, it was impressive–something we who are trying to keep the Madison Autonomous University alive can aspire to. As a social space, it was lovely. As a community, it was supportive and welcoming. I am a fan, and it was a privilege to have the floor there for an evening. And I must say, the interest in the Wisconsin political situation was enthusiastic.

I stayed with my friend Ava. She was one of the original Mess Hall keyholders. For the past year and half she has been working as a project manager of a large real estate development called Atwater Crossing, or ATX. The last time I was in LA was in October of 2010. Ava was just about to start on the job then, and drove me around the complex. There were only something like five or ten tenants then. Now there are something like forty. Nearly all of them are creative industry or arts-related concerns. She took me there again this time, to scope out the buzzing restaurant scene. It reminded me of large developments in China—creative industry and design-oriented businesses taking root in clusters, but here it was with more substance and breadth. The interactive media companies are there, but so are theater companies. Crafty artist’s studios are there, but so is Pomegranate Pictures, who make videos for System of a Down. You won’t find that in China.

ATX is very impressive, all the more so for Ava having managed it all without hardly any staff until about a week ago.

Before heading out to catch my overnight return flight Ava and her boyfriend treated me to an excellent departure dinner at Lou, on Vine. The restaurant had an outline map of the US on one wall, with handwritten names and arrows pointing to their sources. They had probably twenty or twenty-five different suppliers named from across the country. Well, well, well. The state outside California with the most suppliers named was Wisconsin, with four. And that is where I was headed. Home, sweet cheesy home, where all the battles are currently raging. Including about Wisconsin farmers supplying not upscale wine bars in LA, but the neighbors of the farmers. In about six hours time, I landed in Milwaukee. Back in the midwest, home of the emerging locavore economy and KillerSpin (in airports). 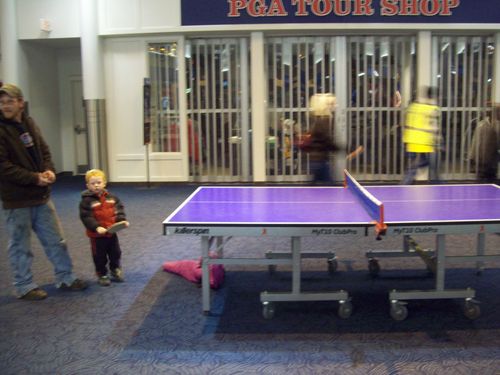