from wisconsin, on OWS and post-democracy

During the Great National Debt Ceiling (non-)Debate of 2011, when President Obama stood his ground after giving it away first, like many of my fellow Americans I called and emailed the offices of my US senator and my congressional representative. I urged my senator, the ultra-regressive Ron Johnson, to vote for the debt ceiling-increase plan, and I advised my congressperson, liberal Tammy Baldwin to vote against the House version of the bill. In the end, Ron Johnson blew off my opinion and voted against it. Tammy Baldwin honored it and voted against it. I sent an email to Senator Johnson expressing my disappointment, and an email to Ms. Baldwin applauding her for listening to her constituents.

The thinking was this: voting against the bill would be handing the regressives a victory in their effort to sabotage the US economy; this invented crisis was their method of blackmailing the American public into accepting draconian cuts to social spending. From this position, the 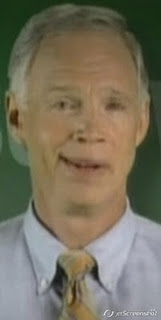 conclusion was that Senator Johnson needed to hear from constituents opposed to his extreme regressive tendencies. So, call his office and lodge a tally in the Vote Yes column.

For her part, Tammy Baldwin always needs encouragement to uphold the progressive standard she proudly advertises but frequently fails to deliver. As noted, President Obama gave away the ranch even before getting the Republicans to the table. No self-respecting defender of social priorities could possibly vote for such an insult. So, call her office and tell her to stand up to the assault by voting No.

In the end the bill passed, with the No votes cast by a bunch of Tea Party greenhorns who had gleefully put Speaker Boehner’s panties in a twist, and a cadre of progressives who couldn’t stomach the bill’s passage without lodging a principled refusal to take part in the charade. Nevermind that the Great (non-)Debate has already been forgotten, more or less, in just the several months between then and now. The absurdity of the actual vote—what those votes represented, and how complex positions mixed with ideological posturing cannot be reduced to a yes or no vote—not only remains, but is replayed every single time an ideologically written bill comes to the floor of the legislative chambers. Which is to say, now, all the time.

Governing by lowest common denominator may work in periods of equilibrium, but dysfunction and the exacerbation of crises are all but guaranteed when a society deals with urgent challenges using the blunt tool of majority rule in an oligarchical representative democracy. Tactical voting and manipulative campaigning (was I secretly trying to get Senator Johnson to vote No?) against ever more preordained outcomes only makes the base level limitations more obvious. Though I tell the story above as a personal experience, it is a mass phenomenon, experienced by millions every day. The absurdity of the participatory experience can no longer mask the essential disenfranchisement that supports the cheap veneer of a functioning democracy. Though perhaps most acute in the US, with the unrestricted amounts of money now warping the electoral process beyond repair, the limits of democracy are felt in all variations of the parliamentary system, and in all presidential systems, the world over. Judged by the standards of effectively tackling the problems faced by societies, representative democracies as functioning systems are the exception, not the rule.

As the existing system proves itself incapable of addressing the needs of ordinary people, an out of whack economy, and ecologies on the brink—and, most fundamentally, the crisis of political participation itself—other systems, embryonic and half-blind, emerge, wherever they can. The most evident emergence of a non-parliamentary system from recent times is the process at the heart of the Occupy Wall Street movement, that is, the direct democracy of the General Assembly. Owing much to the long history of group process identified with movements of social justice and egalitarianism, going back directly to the councils of Seattle, the cultures of consensus in the social experiments of the 60s and 70s, the workers assemblies of revolutionary Catalonia, the voteless decision making of the Quakers and nineteenth-century utopian societies, the GA presents the seed of the long term project, the one that builds different social relations through an extraparliamentary, non-representative system.

It is the resolute refusal to avail itself of the existing democratic system—not just the political parties, but the system of representation as a whole—that marks Occupy Wall Street as a movement for a different world, as much or more than any of its critiques of finance capital, corruption, and corporate power. The General Assembly takes the direct vote and/or consensus process to a new level of proliferation by virtue of its visibility and performed display. For the six weeks of the Occupy movement at pretty much every Occupy site the GA has been held in the open, anyone can listen, and anyone can participate. The process has thus far resisted corruption and the concentration of power, and yet still allowed groups of people numbering in the hundreds and even single thousands to make concrete decisions. What is being created through the practice of daily assemblies (at some sites twice daily) are new political cultures and working models of direct democracy.

Philosopher Alain Badiou specifies the resonant radicalism of the Paris Commune precisely in its Committee’s rejection of, as he says, a parliamentary destiny. Based on his interpretation of March 18, 1871, it seems reasonable to wonder whether the Occupy movement might qualify as, in his word, an “event.” It is difficult to say, for two possible reasons. First, the historical reverberations 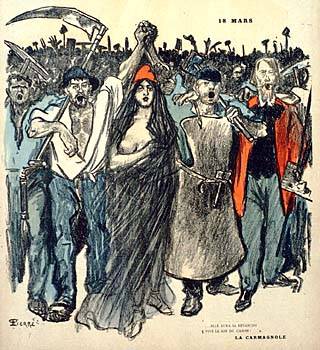 that conclusively mark a political moment (a “site,” as he says—and OWS is already that, certainly) as an event only come later; it is too early for such reverberations even if the original moment over. The other, better reason may be that OWS is not over, and an event is never known as an event for its duration. Within that duration, time is different; seasons change, but the present holds still for as long as the insurgency authors life freshly, thereby disrupting the reproduction of daily life.

Unlike the territorial particularity of the Paris Commune, the Occupy movement has proliferated across geographic space and distance. With the arrests in Chicago, the bulldozing in Richmond, and above all (thus far) the brutality of Oakland, the mediated affective center of the movement pinballs around the nation, with each turn extending the movement. The longer the Occupy movement stays viable as an unpredictable process, the longer and broader the site gets stretched, facilitating its evolution toward an event. On the level of long term possiblity being considered here, the most dangerous of the counterforces is neither police repression nor eroding public sympathy, nor even the shrinking of public spaces suitable for occupation. Rather, it is the reassertion of normal processes of governance, ie a turn away from the GA and toward a formalized representative system, especially as some elements of the Occupy movement eventually move toward an institutionalized, sustainable form.

When activist researcher Brian Holmes speaks of post-Fordism, he is careful to describe that condition as the new media, hyper commodified, globalized environment of complex subjectivities living in societies that at many key institutional and structural levels remain Fordist in origins, design, and essential operation. When theorist Xudong Zhang writes about the cultural politics of postsocialist China, he is describes the contradictions of an unshackled market economy and exploding middle class, learning to consume the material and the symbolic, overlaying a society whose socialist foundations are far from disappeared across an uneven geography. In other words, the “post-” phase of a society is about emergence, layering, and coexistence. The later system, paradigms, lifeways, and economies never wholly or cleanly supersede the earlier frame—especially when that earlier frame was itself a wholesale displacement of the pre-modern, as it was the case with both American Fordist industry and Chinese revolutionary socialism.

Similarly, OWS hints at the coming of the post-democratic. This is the long term potential of the movement. One can see it in Madison, where the GAs take place practically within shouting distance of the capitol building. The GA is a study in the amateur, what with its balky sound system, ramshackle info tables and grungy participants. Every additional day is a kind of existential victory. Meanwhile, the edifice of officaldom that is the Capitol silently screams permanence. For the rest of our lives and probably far beyond, these two systems of governance, decision making, and power distribution will coexist, with the post-democratic system growing, developing, and gaining traction wherever it can, and the democratic system continuing to monopolize official power but rotting from within.

For activists, the challenge is how to fight and function in both arenas at once. The nascent world must be nurtured, we must acculturate ourselves to the post-democratic social relations by participating, giving of ourselves to the emerging embryonic systems. At the same time at the very least we must defend against the brute attacks coming out of the existing democracy, wielded by the regressives with the stamp of state legitimacy. That means fighting battles on the terms of that system: using the legislative process and the elections.

In Wisconsin, this contradictory position will be coming to a head in the next few months. The recall campaign targeting Governor Walker will be starting on November 15. The recall campaign will almost certainly achieve its goal of staging a new election, but the outcome of that election is far from a guaranteed victory. Republicans will do everything they can to win it, precisely because they understand that when they win, they will then have the final mark of legitimacy that they will need. The extremist agenda we have seen up until now will be nothing—nothing—compared to what will come should Walker win (or, more accurately, buy and steal) the recall election. Therefore, we must defend against this possibility by working for a Walker defeat in the election, but at the same time articulate our basic rejection of the election as anything but a sham exercise that confers zero legitimacy on whomever should win. There is no simple way to deliver this dual message, other than through our actions—to work in the electoral sphere (door knocking, fundraising, get out the youth and minority vote) and also to build up our local post-democratic initiatives (co-ops, GAs, experimental forms).

In Wisconsin, in Oakland, at OWS, and all the as yet unknown future sites, it is up to us to make this latest “post-” phase a reality. As with other post- phases, it is really not a choice, but simply where the decaying but extant structures leave us. We have the rest of our lives to do it, but the reasons for diving in are all right now.