As I've mentioned before, I contributed a couple of texts to the book We Are Wisconsin–texts that originated here on this blog. One by me, and one co-written with Nicolas Lampert.

Editor/instigator Erica Sagrans has been pounding the pavement, getting the book out into the reading public. This weekend we'll have two events around the book, a discussion at Rainbow Bookstore on Saturday and then a panel at the UW Cinematheque on Sunday. The Sunday event is a part of the weekend's Wisconsin Book Festival. I'll be saying something at both events, along with some of the other writer/activists. Amazingly, this will be the first time that I will be in town for the festival since having moved to Madison after having missed it because of travel or whatever, for five consecutive years.

These will be the first events for this book to take place in Wisconsin, and for that reason obviously they will produce a different and more meaningful atmosphere. Undoubtedly, these events will be high energy and participatory. Many if not all of those in attendance will have had some involvement in the Uprising and subsequent movement, including in the offshoot campaigns targeting politicians for recall, saving Badger Care, protecting the Penokee Hills, and so forth. In this sense, these events will likely include an organizing element and take on a social forum character. 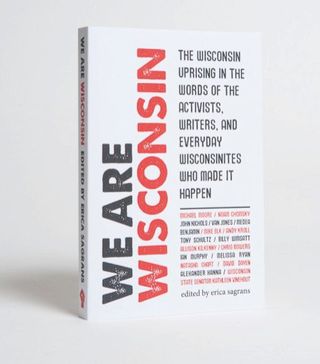 Here's a bit of the event copy from Erica:

"We Are Wisconsin: The Wisconsin Uprising in the words of the activists, writers, and everyday Wisconsinites who made it happen" is a new collection that gives an up-close view of the Wisconsin struggle. This mix of essays, blog posts, and original writing looks at what happened, what it means, and what comes next—and includes the real-time, fast-paced story of the Capitol occupation as told through tweets from those who were on the inside.

In conjunction with the Wisconsin Book Festival, join us to celebrate the launch, talk about what's next for this movement, and hear from contributors including Andy Kroll from Mother Jones, Alex Hanna, Jenni Dye, Dan Wang, and editor Erica Sagrans.

We'll also be showing short films on the protests produced by Shahin Izadi and Jason Nolen.

Sponsored by the Teaching Assistants' Association.

Books will be available for purchase.

home from the CT summit and occupy wall street

I am returned from NYC for about ten days already, but am still unpacking thoughts from the trip. The Creative Time Summit was more than a hoot. The Skirball Center atmosphere was charged; a daylong drenching rain could not douse the energy.

The presentations are archived and viewable here. My favorites: WochenKlausur, Urban Bush Women, Voina, and my old friend Theaster Gates.

Speaking of Theaster, the Creative Time exhibition that opened on the same weekend, Living As Form, included a display from the Dorchester Project. Among the items shown was an example of the hate mail Theaster has received. Racist hate mail is always shocking. 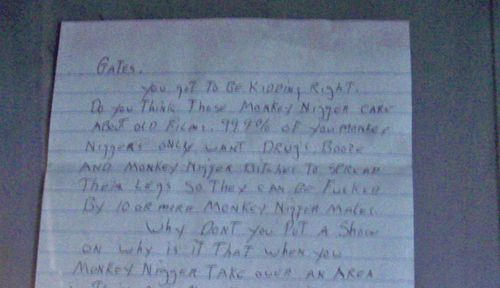 I was there to say something about the Wisconsin Uprising. Why me, out of the hundreds of thousands who participated in the events in Wisconsin? As I told people in NY, I think I am the only person Nato Thompson, chief curator at Creative Time, knew who lives in Madison. Here is the video of my eight minutes at the lectern.

The Occupy Wall Street camp-out was already going on by the time of the Summit. Nato made reference to OWS from the stage several times, encouraging conference attendees to go down to Liberty Plaza to see for themselves what was happening.

I made it down twice, on Thursday, my first evening in NY, and on Sunday, my last afternoon. In between was Saturday, the first day of mass arrests–some 80 people–and the widely seen instance of police terrorism in which one Tony Baloney, unprovoked, maced a couple of young women. This was a turning point for OWS, bringing media attention, galvanizing the activists, and presenting the suddenly serious question: what next?

On Sunday, when about 40 of us from the Summit went down to OWS as a group, Gerald Raunig hatched the idea of pulling together a quickly produced e-zine of some sort, with poetic and analytical texts about and relevant to OWS written in the moment, and in anticipation of the struggle yet to develop. I pledged a text, and here it is, on the EIPCP website.