closing down the drum tower office

The first and most important phase of The Journey West is a wrap. My collaborator and the project’s heavy-lifter Stephanie Rothenberg is in Beijing for another day or so, bringing the Drum Tower travel office to a close. 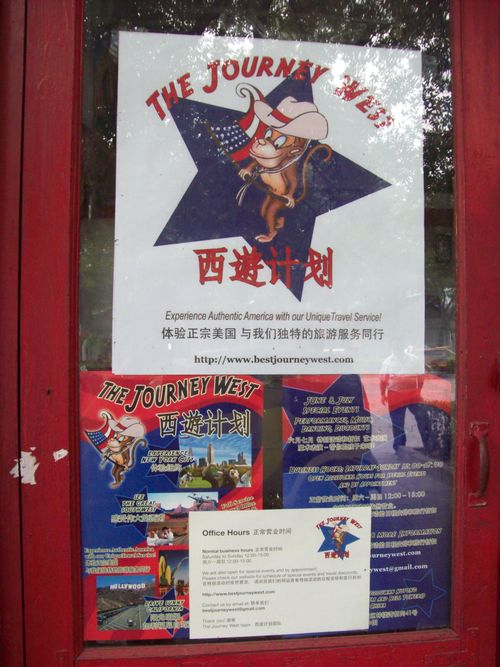 Was it a success? Yes. Why? Because it happened. The point being, staging something like this is not a small achievement for two foreign artists working in China for short periods without any kind of gallery, residency, or curatorial support. The essential support we found, we found by ourselves, and without it the project certainly would have been less fully realized. But as it happened plenty of folks chipped in with substantive involvement. For example, Elaine Wing-ah Ho and the Homeshop crew made the worker performances, Lee Ambrozy offered lots of feedback and supportive writing on Artforum.cn, Ed Sanderson made himself a critical observer from the get-go, and Peggy Wang is busy roping us into her world of research even as I type. Plus lots of others, to be named in the future.

So what happens now? Mainly it is a matter of continuing to build the discourse through secondary exhibitions and conference presentations. There are so many angles to this project and each one of them is so complex that the constraints of group shows and conference panels will be helpful in giving us occasions to focus on just one or two angles at a time. Also, having the distance of a show or conference in North America will inevitably help to clarify some of the outstanding issues made visible by the Drum Tower storefront, but that we simply did not have time to address while in Beijing.

Selected material generated through The Journey West project will make appearances in group shows in Buffalo and Brooklyn in the late summer and early fall, and possibly in a couple of conference gigs for 2012. Details posted here later as things develop.

As for the travel office itself, another iteration will be appropriate in time. I think that will happen only if and when the groundwork has been properly laid for a trip to really take place. With the way things work in China, we may find it easier to arrange a tour without going through the retailing of it. In which case, the Drum Tower travel office will go down in history as a one-time show, installation, and performance, in the best tradition of China's avant garde. 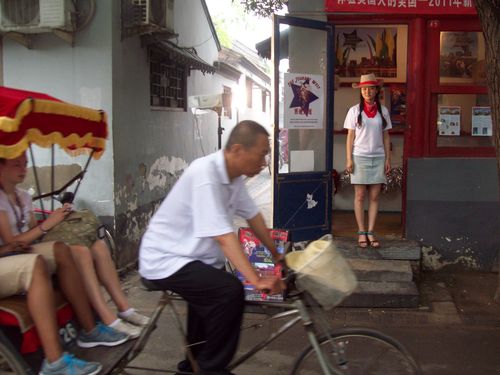