The fdl initiative movement has come to life. The photo evidence comes in from Fond du Lac, Wisconsin.

A mess of students from UW-Fond du Lac with shared concerns and curiosities about their city and fellow citizens got organized, got smart, and got motivated. There were about thirty in all, led by the art students. Specifically, they wanted to creatively address the anxieties felt by some elements of the citizenry regarding the spectre of rising demographic heterogeneity. How to raise the issue while wearing an ideological poker face was part of their challenge.

While I have already related some of the recent happenings in town, a number of Wisconsin's other campuses have lately been hit with incidents of racist and/or homophobic vandalism. Beyond that, it is also important to remember that this part of Wisconsin has long been deservedly known as a conservative part of the state. Joseph McCarthy, from outside Appleton, is the area's most notorious conservative son, but in the 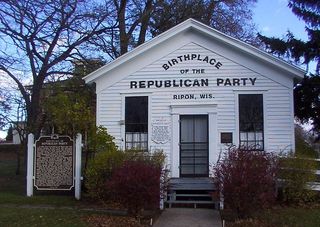 general achievement category we would do well to remember that Ripon, just a few miles from Fond du Lac, lays a credible claim to being the birthplace of the Republican Party. So when it comes to addressing these issues, the fdl initiative movement is on the front lines in ways the critical artists of Chicago are not.

It being November, they decided to bring three questions to the public assembled in advance of Black Friday shopping. 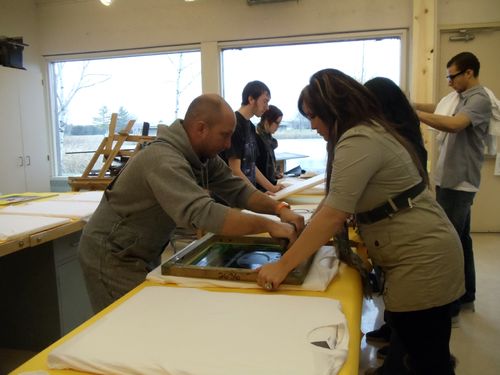 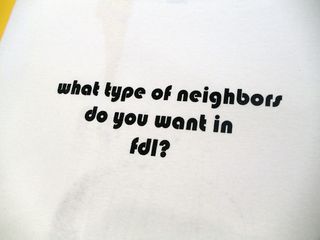 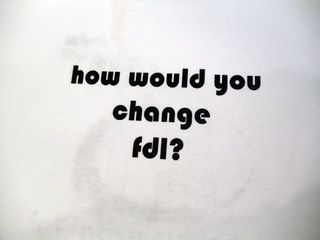 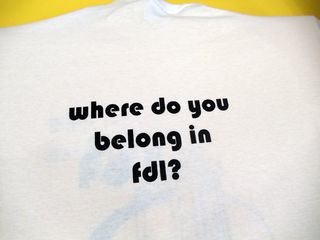 They found large numbers of these People (Who Shop) exactly as they had known they would, outside big box stores in the early morning hours of Friday, November 26. fdl initiative movement workers invited persons who had nothing to do but wait, to consider the questions. Those who were willing wrote answers on the shirts.

I have not seen the t-shirt responses. As they'd expected "some are great, some funny, and some stupid," said John Scotello. Where the fdl initiative movement goes now is unclear, but at some point we need to see the t-shirts with responses.

Though maybe it is premature to decide how, where, and when to show them, it is fun to think about. But the group has not put much attention to those questions just yet, having prepared for another venture out, as of tonight. Not Black Friday this time, but a regular Friday night. That means they likely will encounter the more familiar assemblage of the weekly Friday night watering hole rather than the once-a-year gathering of the People Who Shop.

Earlier today I met with my language tutor. He is an anthropologist. During our practice session, in which I tried to explain the fdl initiative movement, it occurred to him that the exercise sounded like a kind of activist poetic anthropological research. If there is a creatively rigorous process of analysis after the "data" has been gathered, that may be an appropriate description. How and when the "researchers" make their agenda more apparent is what we now await. 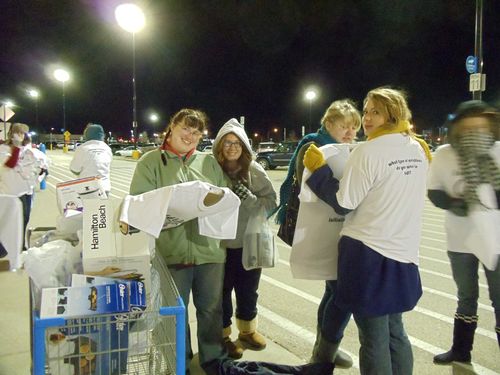