I eagerly anticipate an opportunity to return to Pittsburgh. Having very little official activity on the program on this past trip, I got to poke around for a bit. I was intrigued by all that I saw. And, I should say, by what I was shown.

My guide for several hours was the estimable scholar of Russian cinema and cultural studies Nancy Condee. We met for a brunch at the Waffle Shop, which is a slightly wacky media art project + restaurant. The waffles are fine and the live video stream talk show brings a funny kind of performance energy into the room. From there Nancy took me to an old-school grassroots shrine, hidden below the South Oakland neighborhood (of Andy Warhol’s youth) on a natural ledge along one of Pittsburgh’s many cliff formations. This place is a gem of folk Catholicism—something one might expect to see in an Italian village, or maybe in a hidden patch along some remote highway in Louisiana. 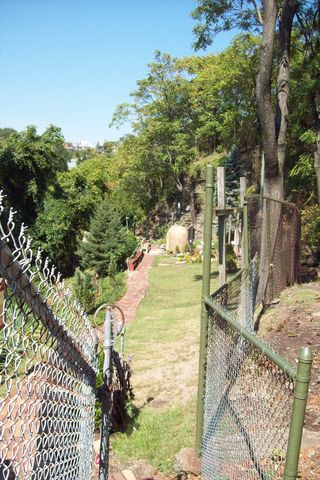 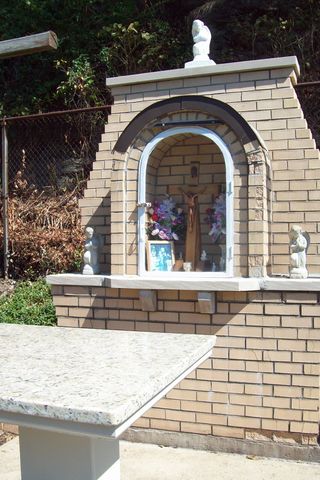 This mouse apparently died on its pilgrimage to the shrine. Now that is dedication to a faith.

The path to the shrine was at the end of an extremely steep cobblestone dead end. Nancy drove right down it and then later showed her Pitt-trained clutch engagement chops by backing out at high speed, right pass a couple of burly workmen.

Then she took me to campus for a run through of the Nationality Rooms in the Cathedral of Learning. This collection of rooms is a fascinating document of 20th century internationalism. The rooms (still used as classrooms) are decorated and furnished in materials and styles supposedly representative of a given nation. They were assembled in cooperation with people from various Pittsburgh ethnic communities in the late Thirties and early Forties. In other words, right when the world was about to fall into massive war. Not surprisingly, some of the nations represented no longer exist. 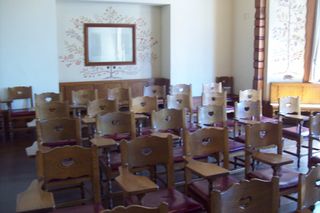 The rooms were partly intended as learning tools for the children of steelworkers and other first generation university students.  There were quite a few people touring the rooms the day I was there. 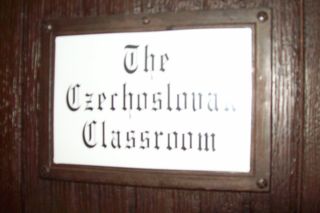 But the most poignant and memorable feature I witnessed on this trip, I found on my own. Only a few blocks from my hotel, I happened upon the United Steelworkers building. It is an impressive design, but that is not what caught my attention first. There was a crowd of people across the street, under this pedway. 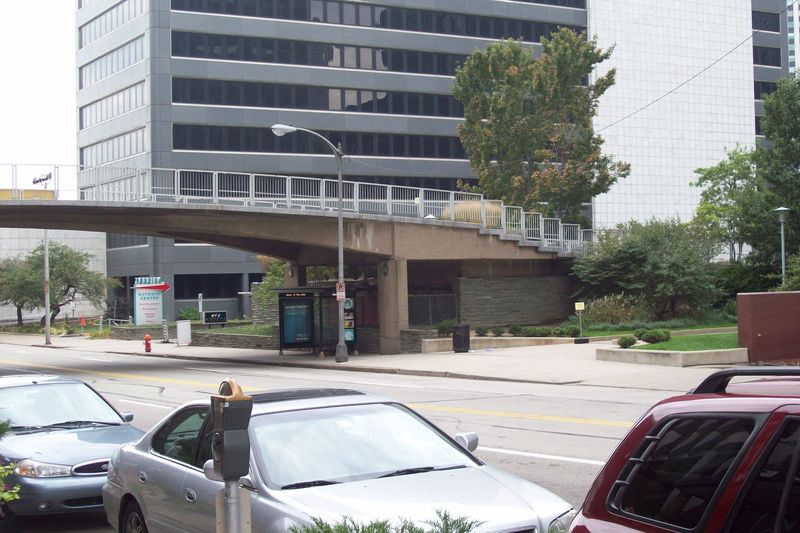 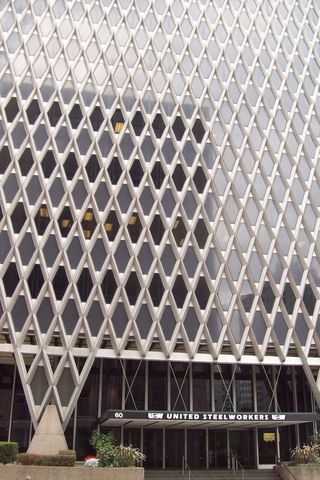 It was a Friday evening. I got closer and realized that this activity was a dinner service for homeless people in need of a meal. Directly across the street from the USW headquarters. The logic of capitalism is difficult to ignore in Steel City to begin with, what with the names Carnegie and Frick plastered all over the place. But here the proximity of labor’s political power to the reality of unemployment was almost too perfect. Labor flexes it muscles; capital responds by automating and shedding human labor. Labor gets weaker through attrition and shrinkage; capital gains strength through increased efficiency; people who in former days were steel workers in that very city end up with no work…and possibly no home.

Though I applaud the strident tone of the union, as represented by this mural in the headquarters lobby, once again, I turned to the words of Jimmy Boggs: a job ain’t the answer. 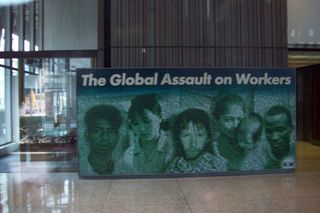 The place I skipped on this trip was Braddock. Though I could have taken a bus pretty easily, the many billboards around Pittsburgh touting the Levi’s/Braddock connection were a bit off-putting. I’m settling for this Red76 video, featuring the hobo/punk filmmaker Bill Daniel talking about Braddock from a rooftop (with a cameo by Jim Voorhies).

Nice evocation of the legacies of the past, and their much-reduced presence today.