widening i-90 from beloit to madison?

I just found out that there are rumblings of a billion dollar project to increase I-90 from four to six lanes in the stretch from Madison to the Illinois border. Here is the article.

The arguments for and against are both compelling. While by nature I mostly side with a negative stance regarding highway projects, especially those involving widening, I drive this stretch of road all the time and experience its deficiencies and dangers.
Between Milton and Madison the concrete righthand lanes are quite cracked. Ramps around Janesville are in terrible condition. The traffic definitely gets congested and seemingly less safe at busy times of the day, especially with the heavy interstate truck traffic and winter weather months.
On the other hand, driving this stretch at off-peak periods is quite relaxing.
The comments are pretty interesting. Many readers draw comparisons between the $800 million Chicago-Milwaukee-Madison high speed rail project and this proposed $1 billion highway project. Many seem unaware that the rail project is being funded wholly or almost wholly by the federal government while the highway project will be funded at 75% state funds. According to the article, half a billion would be paid through funds borrowed by the state.
Many commentators seem fixated on the driving-riding comparison between Madison and Chicago. This is missing the point. High speed rail can only be viable in competition against air travel, and for that to happen the distances need to be longer. Milwaukee to Minneapolis, for example. Or Madison to Detroit. Or St. Louis to Chicago. A midwestern rail network that competes against air is a ways off. The new leg is only the beginning of that project. To pronounce it failed is a bit unfair; it won't even have a chance to succeed until the routes get extended much farther.
A lot of the comments make reference to FIBs, which always baffles me. The mentality of unwelcome is as pointless as the reciprocal attitudes of some Illinoisans are lame.

A few weeks ago I dropped by the Frugal Muse on the West Side. To feed my book-buying habit, you know. I picked up a copy of Li Minqi's The Rise of China and the Demise of the Capitalist World-Economy. I browsed the book and it seems to be very relevant given the widely reported labor unrest in southern China from the spring of this year.

No chance to read the book yet (surprise!), but I found an excellent video interview featuring Professer Li on the changing power of the workers in China.

university towns and urban centers in the mrcc

Imagining and making real the Midwest Radical Culture Corridor requires a reconsideration of the relationship between the region’s university towns and its urban centers. Towns like Madison, Champaign-Urbana, and Iowa City are often spoken of as somehow being insulated from the challenges that plague the big cities of their states. The thought patterns behind such assumptions must be interrogated.

The ills that come with the growing pains of big towns turning into small cities include sprawl, crime, housing problems, and other trends. This happens wherever there is growth. The difference in the university towns is that frequently the discussions around city problems include implied or directly stated blame on the cities for exporting their problems. So ideas of regional connection only get articulated in the negative —for example, understanding the reality of people’s lives as being split between places through commuting or frequent relocation, and thereby linking towns and cities across the region, often gets talked about in terms of undesirable people moving to Madison or Iowa City from Chicago or Milwaukee or Minneapolis.

On the other hand, there also exists much discussion about what the university towns are doing right, but always only in comparison to their distressed rust belt urban siblings. To focus on the positives as indicative of some kind of economic and cultural gap that delinks the two kinds of places is, to me, a recipe for continued misunderstanding of what has always and in the future will increasingly operate as a shared regional space.

This topic demands a fuller treatment, obviously. Here is the article that got me again imagining different ways of thinking about Madison in relation to Milwaukee and Chicago. The authors tell the story as one of strategizing for economic competition and survival, without regard for what makes the area surrounding Madison different and resource-rich. Compartmentalizing economic sectors seems like a bad habit from the perspective of cultivating a regional consciousness.

red76 back in minneapolis 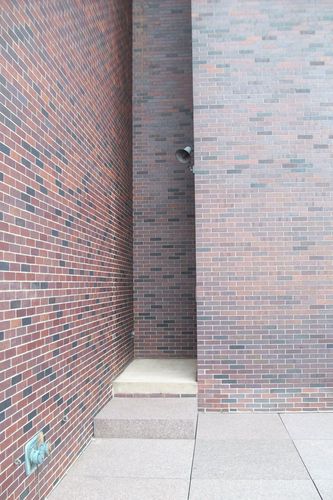 The trip to Minneapolis was short. But very sweet.

Gabriel Mindel-Saloman, Sam Gould, and Mike Wolf carried the Red76 standard in a triumphant return to the Upper Midwest. Though triumphalism is not really the Red76 thing. How about a less imperialistic word, then? We could go with a winning return, meaning the project won people. 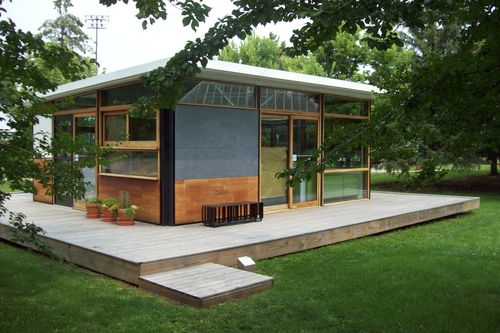 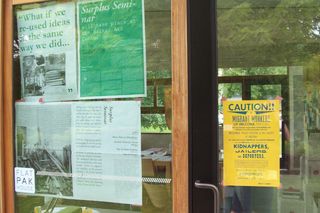 And how could it not? There was a lot going on. Along with the Walker’s summer-long Open Field programming, there was something for everyone. Making small playful structures out of high quality museum waste materials, with tools borrowed from the Walker. Lectures and discussions, both informal and outside and formal and inside one of the Walker’s lecture halls. A drawing club. Perfect bound books printed on demand. A childrens’ violin circle on a lovely summer evening. Plenty of bleed over in  people out strolling the sculpture garden.

Later it occurred to me that the departure of the Guthrie really worked to the Walker’s advantage. The Walker’s field is literally open because of it, and that is a beautiful thing.

To top it off there were a couple of pretty good shows inside the Walker, too—Guillermo Kuitca: Everything—Paintings and Works on Paper, 1980-2008 and 1964, which included some great Wallace Berman printed matter and Yoko Ono’s Cut Piece. I had never seen either in person, never having bothered to view Cut Piece on the web, even.

A bonus was getting to visit with a friend, the artist David Lefkowitz, who happened to be there the same night I was speaking. He was around to take part in his own summer reading group. They met out on the tables in front of the Walker’s Vineland Place entrance. I sat in on the last few minutes of their group. It was one of those moments when it struck me once again that some cultural activities that are either a terrific luxury or hard to even imagine happening in other towns just seem so normal in the Cities.

David—another Carleton alum from the Wellstone era—stayed for my Pop-up Book Academy session in the Flat Pak House. The sociologist and activist Stephen Duncombe made it, as well. In my talk I focused on one of Wellstone’s favorite books in particular, Poor People’s Movements, by Piven and Cloward. Turns out Frances Fox Piven was a graduate adviser to Steve! I also brought to pass around other books that I first purchased for Wellstone’s classes that still live on my bookshelves. And then it happened that one of them, Power and Powerlessness by John Gaventa, is one of Gabriel’s favorites. And that title is the one that I have never actually read. For me, it stands as the book that Paul listed on the syllabus but never got around to covering during the term. Now I will definitely have to read it. It will be like returning to Paul’s class, completing some unfinished schoolwork twenty-five years later. 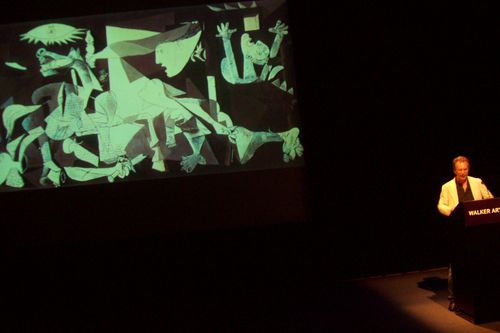 duncombe on truth and critique