On the night of President Obama’s speech outlining his new strategy for the War in Afghanistan, I opted to listen to Emory Douglas instead. Anchor Graphics at Columbia College Chicago brought him in as their last visiting lecturer of the season.

Mr. Douglas made his name as the point man for visual communication and main artist for the Black Panther Party for Self-Defense. His illustrations and graphics were featured in just about every issue of the Black Panther newspaper. In the party he held the title of Minister of Culture.

It was a marathon two-hour lecture. He went through nearly 200 slides. Most of them were of his classic work, from the Panther days, covering the provocative anti-police messaging of his early stuff to the graphics giving visual identity to the Panther social service work.

He ended by running through a selection of recent work, including this painted portrait of Black Panther Field Marshal Richard Aoki. After the lecture when I went up to get my copy of his monograph signed, 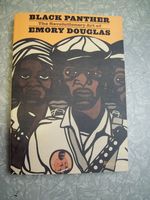 a monograph worth buying 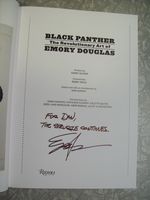 an inscription worth having

he confirmed for me that Aoki was indeed the man who scored the first cache of weapons for the Panthers. So the legends I've heard are true! 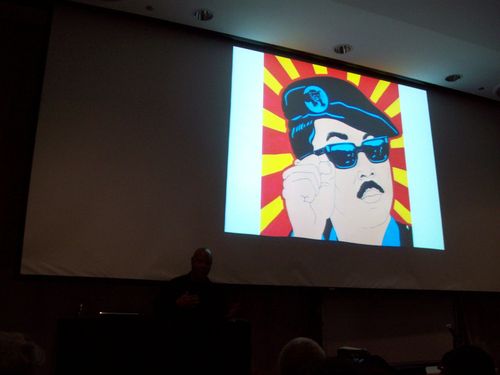 Also terrific in the new works is a picture of President Obama offering an apology for slavery. Mr. Douglas, whose burning political passions are tempered by a great sense of humor, remarked that the work was inspired by the imagined irony of the first president of African descent offering the apology for slavery to America’s descendents of African slaves. It is true; that is a real mind-bender! 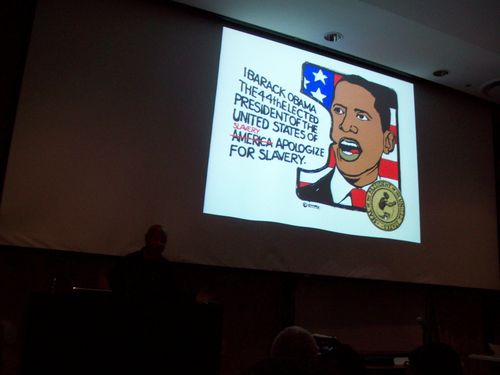 emory douglas making work about the irony of our times

The best question during the Q & A was offered by one Dawoud Bey, he of photo mastery and a longtime faculty member at Columbia College. He explained that as a youngster coming of age during the Panther days, and now an established figure on the official art scene, he could hardly wrap his head around the fact that LAMOCA mounted a large show of Mr. Douglas’s work, and that it earlier this fall traveled to the New Museum in New York. Dawoud’s question was simple: how on earth does Mr. Douglas reconcile in his own mind the bridging of what originated as a true revolutionary art that attracted the most malicious involvements of not only the local police but of the FBI’s COINTELPRO, and was done in the service of a movement that cost more than a few people their very lives, with the welcome, forty years later, offered him by the official and elite world of culture? Mr. Douglas’s answer was straightforward: there are now some very good people who inhabit that world professionally, and that it is possible to find allies who operate there. As for showing his work in the museums, he said only that they provide another outlet for the same messages he has always championed. 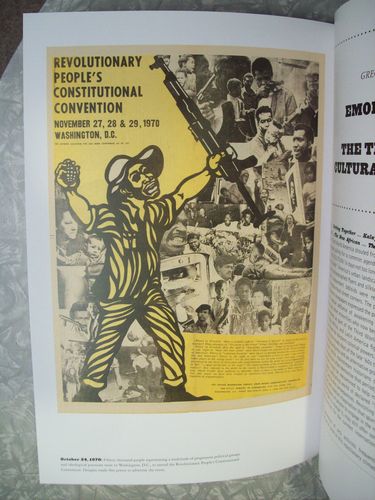