« talking point tonight at hpac, with elvia rodriguez-ochoa | Main | if you're gonna do it, do it »

A few of us artist activists gathered for a couple days in Iowa City, to discuss building on the MRCC activity we organized last June. We took a nice break from the yakking and plotting for an awfully timely tour the Herbert Hoover Museum, which is just a few miles from where we were staying. 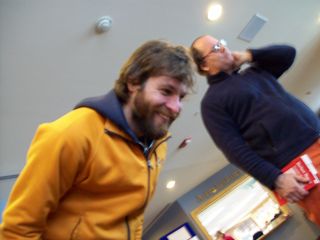 mike and brian @ the hoover museum
Some of us hadn't seen each other since June, so it was a merry gathering, but tempered by the enormous onslaught of worldwide crises that have emerged in full since then, only about six months ago. Yup, it's Hoover's day, all over again.

There were many basic facts about Hoover that I had not known previously. For example, the fact that he was a mining engineer by training, and that he'd made his personal fortune through his work as a young engineer in the far reaches of the mining industries, including in the Australian outback and then at the Kaiping Coal Mines near Tangshan in China. I'd always assumed that Hoover's namesake public works project–the Hoover Dam–was the result of an ego coupled with the economic necessity of a Depression-era employment program, simply. But Hoover's background in and commitment to the extractive industries helped me make better sense of it. According to the display info at the museum, the dam construction was not all that different from maniacal methods employed by, say, the builders of the recent Three Gorges dam, and maybe even worse: five thousand workers, going at it 24 hours a day, in the middle of the desert. 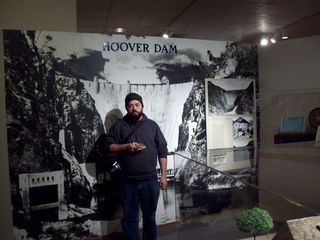 Although Obama will have to contend with creating a "green economy" on top of the recession, I still think Hoover probably had a bigger challenge on his hands at the time.